Please support the Capt. Gordon Nakagawa Scholarship for Marina High School. Donations can be made for a living wreath to go to the California Central Coast Veterans Cemetery, Arlington National Cemetery, the Presidio of Monterey Cemetery, or a cemetery of your choice. 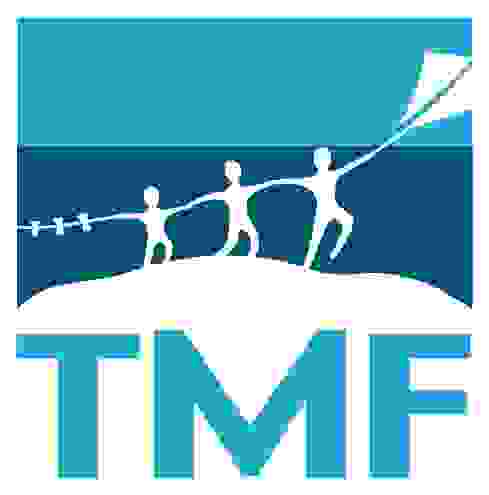 The Marina Foundation, through the Wreaths Across America (WAA) program, is selling living wreaths to benefit the Captain Gordon R. Nakagawa Scholarship for Marina High School. By purchasing a wreath through this program, WAA will donate $5 to the scholarship for each wreath purchased.

NOTE: If you prefer to purchase a Patriot Pair or another type of wreath "More Options" are listed further down on this page. Click on the one you want and it will take you to another page which will also have the Fundraiser information at the top.

The next section you can choose to either donate to the California Central Coast Veterans Cemetery or Arlington National Cemetery or another cemetery of your choice. ("Location to Support").

If you have any questions, please get in touch with us and we will be happy to help you get through this process.

We hope you will take part in this very worthy cause to honor Gordon Nakagawa as well as other veterans, and to support Marina High School.

We thank you for your support.

Captain Nakagawa’s distinguished career as a naval officer included flying 185 combat missions during four combat deployments to Vietnam. In December 1972, his aircraft was struck by enemy fire, resulting in him being detained as a prisoner of war in Hanoi. He later became Commanding Officer of the Naval Air Station Pt. Mugu. He coordinated all major design competitions for Naval Aviation at Naval Air Systems Command, and in his final active duty assignment, was Chair for Tactical Analysis at Naval Postgraduate School Monterey.

Through all his endeavors, he always strived for greater understanding and excellence. These $5,000 scholarships are awarded with regard to his dedication to his country, community and higher education. The Marina Foundation takes great pride in awarding The Gordon R. Nakagawa Scholarships.

The National Wreaths Across America Day ceremony will be held on Saturday, December 18, 2021. On that day, volunteers will be laying wreaths at grave sites at Arlington National Cemetery and at cemeteries throughout the country.

Click "Sponsor Wreaths" to sponsor a wreath and help us reach our goal of honoring every veteran at the cemetery.
pan_tool

Click here if you would like to participate in the wreath laying ceremony on Wreaths Day at the cemetery.
group_add

Click here to spread the word encourage your friends to sponsor, volunteer or keep up with our news.

“There was another Vietnam era driver who was there too with his son and young grandson, so you had three generations experiencing it. It was very moving.”...

What's Your Why? Volunteer Spotlight on Jerry Tiarsmith and Patrick Cusack

This year, the Knights of Columbus celebrates 140 years since its founding. Starting in 1882 at a small parish in New Haven, Connecticut, the mortality rate for Irish immigrants was high. An association of men was created to care for widows and orphans. There are four levels within the organization with the 4th Degree supporting patriotic and veteran-related activities like Wreaths Across America....

In Loving Memory of Deedles & Grandpa
Check out 40 "Remember" recent messages from our supporters. Click "View Remember Wall" to see them all.

Cemetery will be on the right

There is plenty of parking at this cemetery, so feel free to park in any available spot.

We are happy that you are willing to help with our Wreath Across America ceremony at California Central Coast Veterans Cemetery. Please do not forget to register to volunteer.

Here are some things to remember about the ceremony:

The most important thing to remember is to have a wonderful experience participating in the ceremony and thank you so much for helping to achieve our mission to remember, honor and teach.

Welcome to California Central Coast Veterans Cemetery (CACACV) and thank you deeply for helping us with our goal to honor as many veterans as possible on Wreaths Across America Day, December 17, 2022. Please click "View" to learn more about our effort or to volunteer to help or click "Sponsor" to purchase wreaths that will be laid on the graves of our fallen heroes by our loyal volunteers....

Welcome to the Wreaths Across America location page for Arlington National Cemetery. As one of the largest veteran cemeteries in the United States, the goal of placing a wreath on every marker is lofty. Our volunteers are committed to Remembering and Honoring our nation’s veterans through the laying of wreaths on the graves of our country’s fallen heroes and the act of saying the name of each veteran aloud. Please help Wreaths Across America reach our goal by sponsoring a veteran's wreath and register to join us on December 18th as we place the veterans' wreaths....

We support 3 locations around the world. Click "View Our Locations" to see them all....

Also, one of the most powerful ways that you can help is to share that you've volunteered to help on Wreaths Across America Day on social media. Please click on the social media links of your choice below.

Thank You for your questions! We will contact You in short time.

Thank you so much for contacting us! Our team will respond within 24 hours.

What does it mean to sponsor a wreath? It means you’ll honor an American hero at one of more than 2,800 locations nationwide this year on Wreaths Across America Day. It’s a day that’s been set aside to lay wreaths at the places where we remember, honor and teach about our veterans: cemeteries, monuments, parks… Anywhere we can pay tribute to their sacrifices.

We can’t do that without your support, though. Your sponsorship will ensure that a wreath is hand-crafted of all-American balsam and hand-tied with a red velvet bow here in Columbia Falls, Maine. It will then be sent to one of our participating locations, where a volunteer will place it on the marker of a fallen hero. That volunteer will then “say their name” to ensure that the legacy of duty, service and sacrifice of that veteran is never forgotten.

So, what does it mean to sponsor a wreath? It means you have the opportunity to join a grateful nation in saying “thank you” to our veterans.

*Please Note: Specific locations designated as "ceremonial-only" accept a limited number of sponsorships. Any additional sponsorships received beyond those used for the ceremony will be distributed to other locations.

check_circle Success! Your item was added to the cart!
PROCEED TO CART
Add Another Item
View More Items