Pete Hegseth, FOX & Friends Weekend Co-host and Decorated Combat Veteran will help honor our veterans, military and their families, as part of an inaugural fundraising event in support of the two organizations 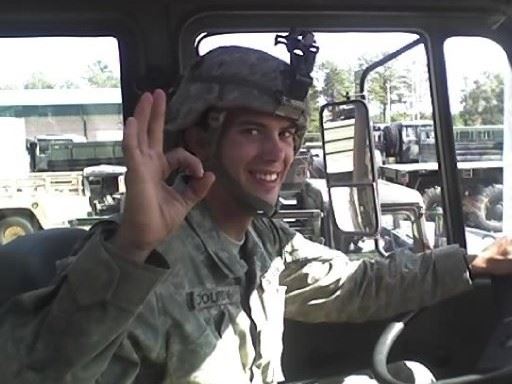 
Today, Wreaths Across America (WAA) and Special Forces Charitable Trust (SFCT) proudly announce Pete Hegseth as the keynote speaker for the inaugural joint fundraiser, hosted by Freightliner Trucks, to benefit both organizations. The event will be held at the historic George Washington Masonic National Memorial located in Alexandria, Va., on Wed., September 25, from 6 – 9 pm.

Hegseth is the co-host of FOX & FRIENDS WEEKEND and also frequently guest hosts for FOX & FRIENDS during the week. In May of 2016, Hegseth's first book – IN THE ARENA – was published by Threshold Editions of Simon & Schuster. The book, which channels a famous Teddy Roosevelt speech, makes an impassioned argument for gritty citizenship at home and American strength aboard.

Hegseth has deployed three times since 9/11, most recently returning from Afghanistan where he was the senior counterinsurgency instructor at the Counterinsurgency Training Center in Kabul from 2011-2012. Hegseth previously served in Iraq with the 3rd Brigade of the 101st Airborne Division for their 2005-2006 deployment, serving as an Infantry Platoon Leader in Baghdad in 2005, and as a Civil-Military Operations officer in Samarra in 2006. He also served in Guantanamo Bay for a year guarding detainees. Hegseth holds two Bronze Stars and a Combat Infantryman's Badge for his time in Iraq and Afghanistan.
“We are honored to have this American hero join us for this special evening as we honor all those that served and are serving, their families and remember those who did not come home,” said Wayne Hanson, WAA Chairman of the Board and Vietnam Veteran.

“Event attendees will have the opportunity to hear Mr. Hegseth speak about his time on the battlefield as well as his advocacy work for veterans and the military,” added David Guernsey Jr., Executive Director, SFCT. “The evening will be a celebration of all those who raised their right hand to protect our freedoms as Americans.”

Learn more about the event or purchase tickets here.

WAA is a 501(c)3 non-profit which was founded in 2007 by Maine wreath maker Morrill Worcester. It started in 1992, when Mr. Worcester had 5,000 extra wreaths at the end of the season, and as a way to give back, he asked to place them at Arlington National Cemetery. He did this patriotic act for years with no fanfare. Then in 2006, a photo of a snow-covered grave adorned with a balsam wreath went viral. Shortly after, WAA was born. Today, our annual wreath-laying ceremonies at Arlington National Cemetery and at more than 1,600 other locations throughout the country, represents a national effort to Remember the fallen, Honor those that serve, and Teach the next generation to value our freedom. Last year, the community sponsored enough wreaths to cover all 253,000 markers at Arlington National Cemetery.
SFCT is also a 501(c)3 that provides meaningful and sustainable support to the Families of our Green Berets. The SFCT financially supports timely, innovative, and comprehensive programs and services that promote well-being, healthy living, and strong bonds among our U.S. Army Special Forces and their Families; improving the quality of their lives while enhancing mission readiness. Program areas are Family and Community, Education and Motivation, and Veterans and Heritage. SFCT takes pride in supporting these Families and honoring such warriors, even when they have given ALL for our nation. Since 9/11, the Special Forces Community has the highest casualty rate amongst all the Special Operations Forces at 61 percent. Since the first of this year alone, the SF Community has buried four Green Beret soldiers at Arlington.

Also, one of the most powerful ways that you can help is to share that you've volunteered to help on Wreaths Across America Day on social media. Please click on the social media links of your choice below.

One of the most powerful ways that you can help is to share that you've volunteered to help on Wreaths Across America Day on social media. Please click on the social media links of your choice below.

Thank You for your questions! We will contact You in short time.

Thank you so much for contacting us! Our team will respond within 24 hours.

What does it mean to sponsor a wreath? It means you’ll honor an American hero at one of more than 1,200 locations nationwide this year on Wreaths Across America Day. It’s a day that’s been set aside to lay wreaths at the places where we remember, honor and teach about our veterans: cemeteries, monuments, parks… Anywhere we can pay tribute to their sacrifices.

We can’t do that without your support, though. Your sponsorship will ensure that a wreath is hand-crafted of all-American balsam and hand-tied with a red velvet bow here in Columbia Falls, Maine. It will then be sent to one of our participating locations, where a volunteer will place it on the marker of a fallen hero. That volunteer will then “say their name” to ensure that the legacy of duty, service and sacrifice of that veteran is never forgotten.

So, what does it mean to sponsor a wreath? It means you have the opportunity to join a grateful nation in saying “thank you” to our veterans.

*Please Note: Specific locations designated as "ceremonial-only" accept a limited number of sponsorships. Any additional sponsorships received beyond those used for the ceremony will be distributed to other locations.

check_circle Success! Your item was added to the cart!
PROCEED TO CART
Add Another Item
View More Items